CARMEL, INDIANA – February 1, 2022– Telamon Corporation is pleased to announce Alex Paskoff has joined Telamon as President of the company’s Telecom Division, the largest division of the company with revenues in excess of $500M. 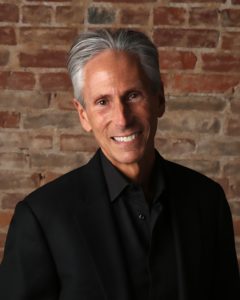 Mr. Paskoff joins Telamon after 21 years of experience leading Ingram Micro’s Wireless Distribution and Logistics Services businesses. He brings with him over 30 years of experience in the telecommunications and technology industries.  He has held a number of senior management positions during his career with both public and private corporations.  Mr. Paskoff did his undergraduate studies at Purdue University and holds an MBA from the University of Illinois.

In his role prior to joining Telamon Corporation, Mr. Paskoff served as Ingram Micro’s Senior Vice President and Managing Director, leading a team that grew their Logistics Services and Distribution business from $650M to over $2B with a 30% year over year (YOY) increase through continuous improvement, increasing efficiencies, new sales, and profitability improvement.

Mr. Paskoff also serves on the Wireless Division Board of the Consumer Electronic Association, Indiana University’s School of Entrepreneurship, and the Indiana State Chamber of Commerce.  His community leadership includes the Make-a-Wish Foundation, Big Brothers Big Sisters, and One Young World.

Stan Chen, CEO at Telamon Corporation, stated, “We were thrilled to find top flight, local talent aligned with not only our business but also our company values.  Alex has been where we want to go, and his depth of experience and knowledge will complement the team and help drive this business to the next level.”

ABOUT TELAMON CORPORATION
Telamon Corporation’s goal is to simplify business. Telamon specializes in solutions for telecommunication networks and industrial assembly. Based in Carmel, Indiana, Telamon operates in eighteen locations – fifteen domestic and three international. Telamon, the Greek word for “support”, is uniquely positioned as a minority owned company. Telamon continuously exceeds customer expectations and standards and has been recognized globally through numerous awards and certifications. For more information, please visit Telamon’s website at www.telamon.com.